ExtJS Grid in Apex (with pagination) 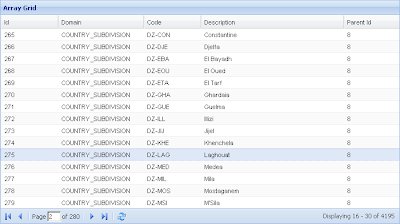 Check out the ExtJS Grid with Pagination on my demo site
So how does it work?
This is brief, because it's after midnight.
Next example will be an updatable grid - also near completion.
Nighty night - Mark
Posted by Mark Lancaster at 11:58 PM 4 comments: