Haven't had much time to look at it yet, but noticed Twitter Bootstrap 3.0 is included.

Why go to conferences

KScope13 has just wrapped up, and it's been a really enjoyable conference. I've learnt a lot, caught up with some friends, and had lots of fun also.

I thought I'd share some of the reasons I go to conferences.

So that's some of the my reasons why I go to conferences, please feel free to comment and add your reasons.

Posted by Mark Lancaster at 7:29 AM 3 comments: 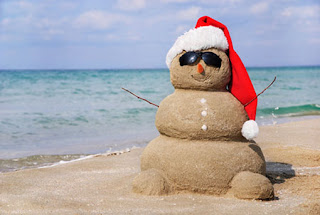 It's a brand new year, and I'm back from a short holiday, refreshed, re-invigorated and ready to make  some positive changes in 2013.

Now you should never write your New Year's resolutions down, particularly where somebody else might see it.

After all, 88% of all resolutions end in failure, so do you really want to leave a record to remind yourself at the end of the year of all the things you promised to do, and never managed to achieve?

Despite that, here's my list of personal goals for the year.

Late last year I started playing squash socially against one of the young guys at work after not touching a racquet in more than 10 years. While I was left barely able to walk, and redder than a ripe cherry by the end of the first match - I really enjoyed it. We've played several times since, each time the quality of the match has noticeably improved and I'm running around the court with much less effort.

We are getting pretty serious now, both armed with new racquets, and gearing up to play in a competition in March. Between now and the competition start we need to join a club, play a few grading games and get match fit. To that end, I've bought a pedometer and am trying to do 10,000 steps a day - squash is the only sport I know of that specifically covers vomiting in the rules.

This is something I volunteered to do, and have been working in most evenings over the last year, but not published yet. The aim is to go live in late February.

So far, I've built a content management system in APEX to maintain the website, produce eBulletins, schedule events, process conference paper submissions and the like. All that has been straight forward.

The website itself is built using Oracle Portal 10.1.4 which is much more challenging (read annoying). It's quite amazing that there are so many similarities with APEX, yet it is such a dog of a product.

3. Write an article or two for a User Group magazine

It's a real challenge facing all the Oracle user groups these days to get people to submit articles. So I'm going to do my bit - what about you?

If you're interesting in submitting an article just email me at the address below, I'll pass it on to the AUSOUG editor. We share articles with UKOUG and ODTUG, so you can get published all around the world.

4. Do a series of blogs on integrating Twitter Bootstrap into APEX

I've been using Bootstrap with APEX 4.0 (and also Oracle Portal) for about a year now, and am keen to see how much easier it is to implement in the latest APEX 4.2.1 release, which now supports grid based layouts.

Topics I plan to blog on:

Anyway, that's enough resolutions from me - hope you have a great year.
Posted by Mark Lancaster at 7:00 PM 1 comment: